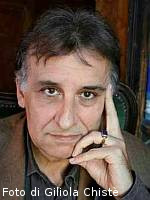 Alessandro Ferrara, Professor of Political Philosophy at the University of Rome "Tor Vergata" and former President of the Italian Association for Political Philosophy (2005-2010), has graduated in Philosophy in Italy (1975) and later, as a Harkness Fellow, received his Ph.D. from the University of California at Berkeley (1984). He has conducted post-doctoral research in Munich and Frankfurt with Jürgen Habermas as a Von Humboldt Fellow and later at Berkeley again, leading to the publication of his first book Modernity and Authenticity (1993).

Since 1991 he has been a Director of the Yearly Conference on Philosophy and Social Science, initially part of the regular activities of the Interuniversity Centre of Dubrovnik, but since 1993 relocated in Prague, under the auspices of the Institute of Philosophy of the Czech Academy of Science and later of Charles University. Since 1990 he has been a founder and a Co-Director of the Seminario di Teoria Critica, which meets yearly in Gallarate, Italy. And since 2007 he is on the Executive Committee of the Istanbul Seminars on religion and politics, held at Bilgi University in Istanbul under the auspices of the Association Reset - Dialogues of Civilizations.

He serves as editorial consultant on the board of a number of journals including Constellations, Philosophy and Social Criticism and The European Journal of Philosophy, and on the Advisory Board of the series New Directions in Critical Theory at Columbia University Press.

He has taught and lectured in various capacities in a number of universities and institutions, including Harvard University, Columbia University, Rice University, Cardozo Law School, The New School for Social Research and the Universities of Berkeley, Madrid, Chicago, Potsdam, Amsterdam, Mexico City, Exeter, Manchester.